July 24: Learn about the Altadena Mountain Rescue Team at a free program 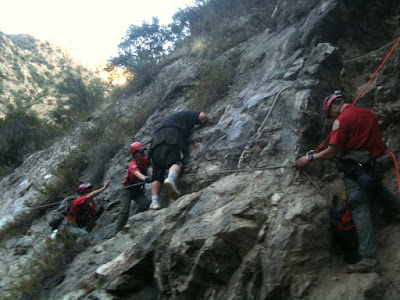 Dramatic rescues of  lost and injured hikers in the San Gabriel Mountains by Altadena’s renowned Mountain Rescue Team will be featured in a 7:30 p.m. Monday, July 24 program sponsored by the Altadena Historical Society.


The program, presented by Los Angeles Sheriff’s Dep. Dan Paige and AHS member William Dawson, will be free and open to the public at the Altadena Community Center, 730 E. Altadena Drive.

Founded in 1951, the rescue team is comprised of citizen volunteers and is based at the Altadena Sheriff’s station, one of eight such Sheriff’s Department rescue teams in the county. 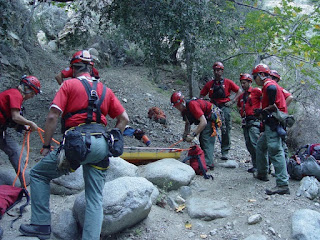 “Bill gives an overview of the historical uses of the mountains above Altadena, first by natives, then explorers, then tourists and now residents and day-hikers,” Hoskins said, “and Deputy Paige describes and illustrates some of the dangerous and dramatic rescues of lost and injured hikers that the team performs almost every weekend.”

The talk will be illustrated with both still photos and video, and rescue equipment will be on display as well as the team’s equipment truck.

The Historical Society’s current exhibit, “Fifty Famous Altadenans,” in the Community Center lobby and the society’s adjoining archives, will be open prior to the program.

Posted by Jane Brackman at 5:32 PM